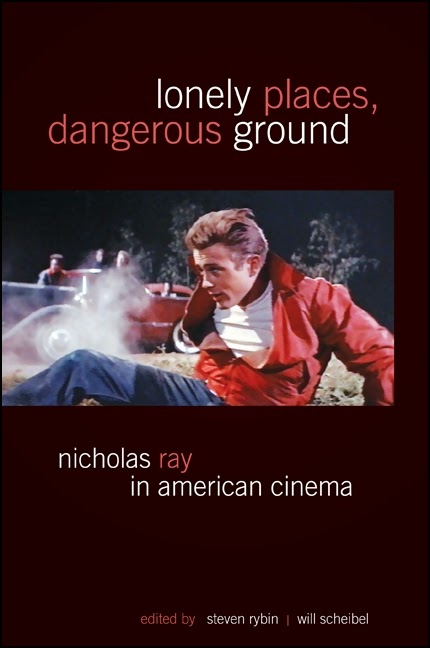 I have a couple of items coming out in book form this summer. I'm a little late in noting it, but my essay on Knock on Any Door appears in Steven Rybin and Will Scheibel's edited collection on Nicholas, Lonely Places, Dangerous Ground: Nicholas Ray in American Cinema. It's out from SUNY Press.

The book compiles a series of essay on Ray's work, more or less one essay for each film in his career. The result is an interesting kaleidoscope of critical approaches. Though it was never coordinated, it's interesting to me to see how those writing on Ray's lesser known films make the case for their centrality despite the neat fit with the auteur persona critics have identifies in Ray. For instance, Alexander Doty gives a queer reading of Born to Be Bad and A Woman's Secret. And Tony Williams argues that Ray is doing something more interesting with color in Flying Leathernecks than critics have given credit for.

As for my essay, it's a reading of the discourse of criminology and sociology in Knock on Any Door, Ray's most straightforward example of the social problem film. As such it's a trailer of sorts to my argument about popular sociology in my book-to-come.

In any case, thanks to Steven and Will for their work in putting together a great collection of essays.
Labels: auteurism classicism/post-classicism my own research publications