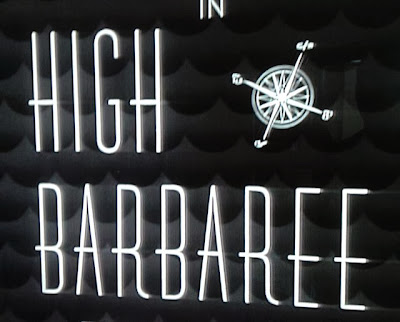 High Barbaree (Jack Conway), is what I would consider a typical MGM picture: good production values, a somewhat fanciful narrative, a theme thick with Americana, and a strong reliance on its stars (Van Johnson and June Allyson). And it's an MGM-ish spin on the war movie, in which a World War II pilot, Van Johnson, is shot down in the South Pacific and has to survive afloat in the doldrums with only his memory of childhood sweetheart Allyson and a (highly orientalist) childhood tale his uncle had told of the lost island of High Barbaree.

The whimsical nature of the narrative, in which High Barbaree does seem to exist, reaches the pinnacle in one of the dream sequences. Johnson's character is stuck running on a road but seeming to get nowhere. Bob Rehak has for some time made me more aware and interested in special effects in Hollywood and I know one of his interests is the perceived narrational artifice of devices like rear projection. Here, the rear projection, for the first time I can think of in a Hollywood feature, is used to signal artifice. I have to read this as a symptom of the broader shift toward realism and location shooting. 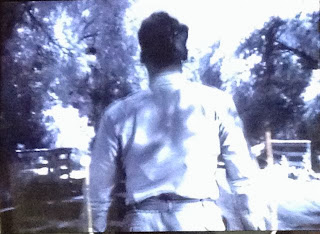 Meanwhile, the film does set up a thematic opposition between realism and escapism. The opening shots in fact are documentary war footage, in typical 1947 fashion. While my screen captures for this film are low quality, the doc footage in the film is of a very lossy dupe. 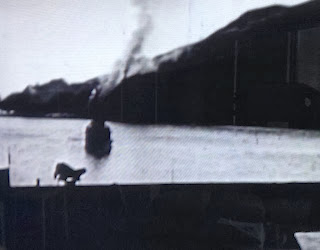 But beyond stylistic nods to realism (noticeable in the plane sequences as well), I'm interested in the strain, admittedly distant, of a Sinclair Lewis type of cultural critique of small-town American life and bourgeois culture.
Labels: 1947 project