I occasionally get questions about the status of my 1947 viewing. I'm about half-way through watching the Hollywood features for the year, with a good majority of the A films under my belt. 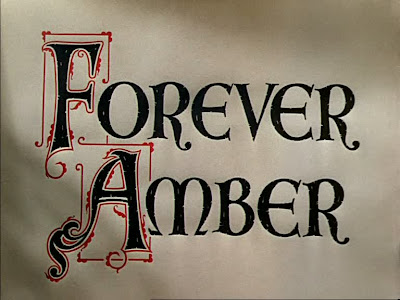 Forever Amber (20th-Fox, Otto Preminger) is one of those films that are fascinating objects while the genre material is out of step with even classic-Hollywood cinephilia. In short, the film has the genre syntax of Duel in the Sun with the genre semantics of the period piece and swashbuckler films (say, The Black Swan).
The film was, in fact, 20th Century-Fox's attempt to duplicate the box office success of Duel in the Sun and Gone with the Wind with their own roadshow Technicolor melodrama. Based on a best-selling novel, the story follows Amber Sinclair (Linda Darnell), a young woman of a Puritan town who escapes with the kindness of strangers, only to be trapped by her own impossible love for a privateer (Cornel Wilde). Historically, the film is notable for the censorship battles it faced and for the out-of-control budgets that hindered the film for Fox, despite a $6M or so box-office return. Censorship and boycott aside, th e return of a sleep-to-the-top narrative (nearly as forthright as Baby Face) does signal a softening of the Production Code in the postwar years. 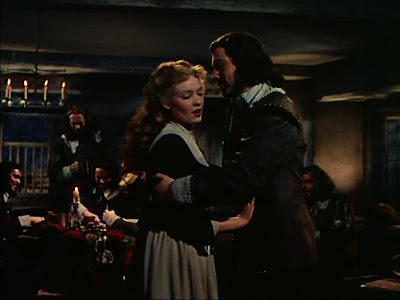 Forever Amber is also a Preminger film. There are even neat little flourishes like the car window shot that the director was fond of in the 40s. Compare Daisy Kenyon with a carriage scene: 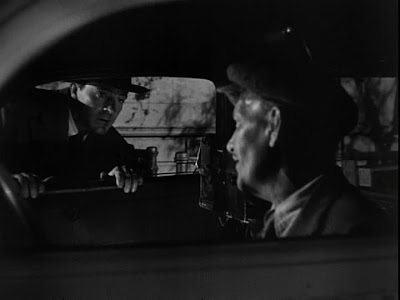 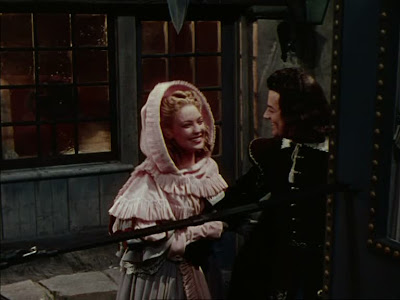 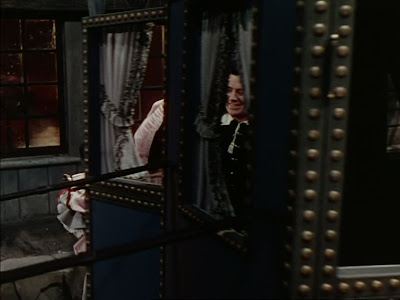 There are also some complicated camera movement and character blocking, though to be honest this a relatively straightforward directorial entry for Preminger. What's more typical is Leon Shamroy's cinematography, which uses trademark setup minimalism, atmospheric light on backgrounds, and intense cool-warm color combinations. The film is also very dark. 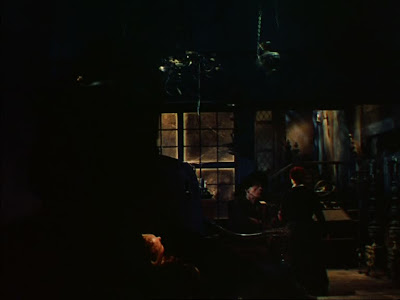 Perhaps because of the constraints of shooting Technicolor in low-light conditions, the focus tends to be fuzzy in focus frequently. 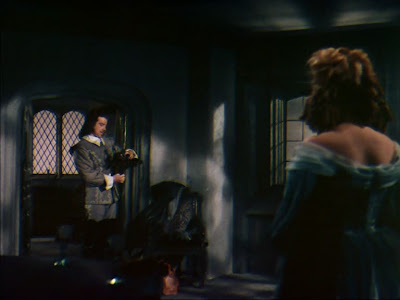 Such blurriness of the image may be the result of the source print or digital transfer, but in this instance it makes sense as a result of Shamroy's mood lighting.
Labels: 1947 project censorship cinematography color genre theory