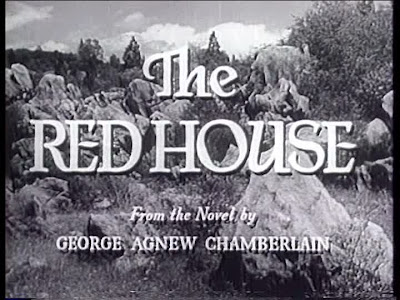 What is the relationship between the film noir and the B movie? Some, clearly, were B movies, but not nearly as many as commonly thought. The Red House (UA/Sol Lesser-Thalia Productions, Delmer Davies) for example runs 100 minutes and was released through United Artists, a non-integrated, non-block-booking distributor. I have plenty of B films to watch in my 1947 viewing, but so far the plurality of my noir viewing has been A picture.

But if many noirs were not B films then arguably a B-film aesthetic pervades all but the most prestige-leaning noirs (Laura, for example). There's a prevalent notion that equates this with a post-noir understand of the exploitation film, but I'm also interested in the impact of classical B filmmaking, beyond cheap budgets.

The Red House is an interesting missing link. The credit shot above borrows the iconography and titling design of the B Western (compare). The cinematography at times is evocative, but it relies on day-for-night shooting (not solely a B stylistic choice, but much more common in B pictures). 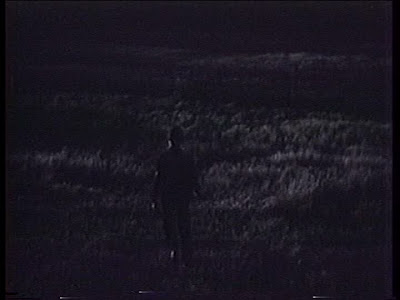 And there is minimal coverage, as in this 30 second transition scene done entirely in one take: 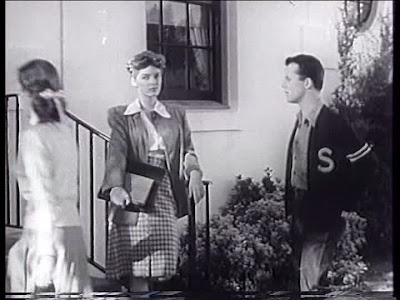 The gothic material lends itself to low-budget treatment (it does not have to show the horror). But, as I mentioned, The Red House is not a B film. There is Edward Robinson's star turn (even in a gothic version). There is the Davies script, rich in Freudianism and allegory about sexual repression. And, most of all, a complex narrative construction. Some of these traits would become staples of the noir-exploitation film. 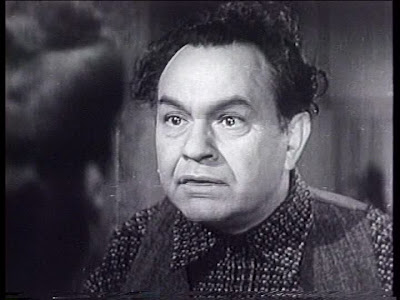 Finally, I'm interested in how the opening once again begins with documentary-style voiceover narration, which never reasserts itself. 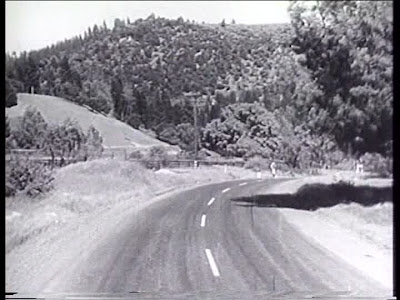