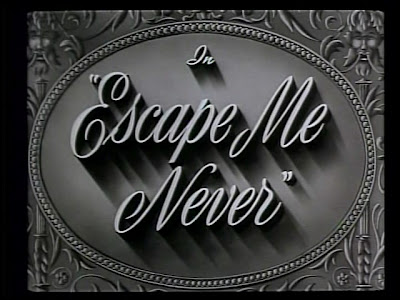 Escape Me Never (WB, Peter Godfrey) is the sort of romantic melodrama that comes across as outdated today. In later 19th century Italy, Ida Lupino plays the role of Gemma, a gamine who's taken in by womanizing, underemployed composer Sebastian (Errol Flynn). She falls for Sebastian, who is busy chasing women, including his brother's fiancée. She decides to accept his errant ways but pays a price.

Such a narrative has especially retrograde implications by making the woman bear the brunt of "settling" in the marriage market. Yet I wonder if what's mostly come since - the downplaying of "settling" and the market - is not itself ideological. In other words, there's got to be some way to offer critique without slipping into historical chauvinism.

That the genre requires a high-key approach is no surprise. What surprises me is how fussy "polish" ends up being in much of the film. There's almost a Victorian over-adornment of the image with illumination and shadow. And, too, there are some thoroughly conventional choices, even leading to comic moments like this, where the illumination seems to be coming from both sides of the door! 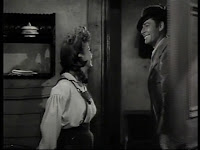 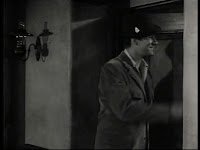 Flynn, meanwhile, gets the full glamor treatment, even showing off more of a diffused glow than Eleanor Parker. 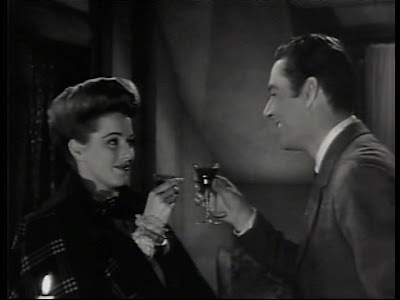 At other times, the cinematography is surprisingly dark, even minimal: 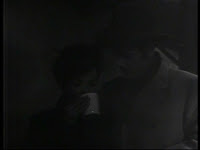 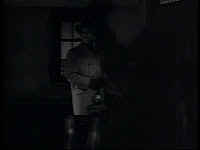 The image quality here shows how much film restoration matters for what we see. Sol Polito's work not only looks better but also makes more sense in a polished print/transfer like Now Voyager than here.
Labels: 1947 project cinematography