The Bishop's Wife/Heaven Only Knows 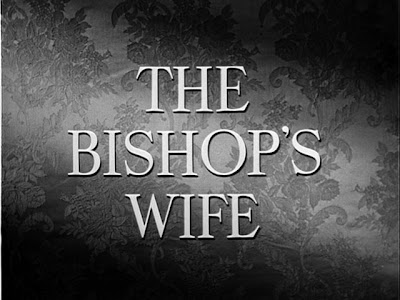 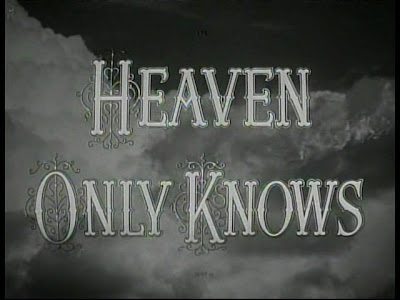 I'm not sure, but I suspect that Here Comes Mr. Jordan was responsible for a cycle of afterlife comedies. Down to Earth was pretty much a direct sequel, but other 1947 films revolved around angels coming to earth to rectify human wrongdoing.

Visually, a high-key A-picture style pervades the film. Shot by Karl Strauss, the film oscillates between undistinguished setups, the generically-motivated effects lighting, and visual inventiveness. Take one scene, in which an angered Drusilla storms across the street to confront Duke. 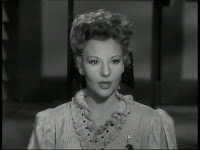 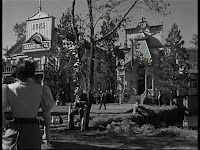 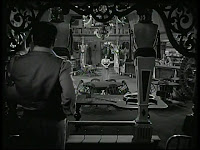 The first shot is a highly diffused, barely modeled shot of Curtright, the second a typically high-key but contrasty exterior shot. Each shows a highly conventional approach to the subject matter. The interior at Duke's on the other hand, is staged deep, with three separate lighting zones for foreground, midground, and background. It's a quintessentially 40s shot - experimenting with staging in a non-showy way.

There are Strauss-ian touches like an underneath shot (POV from a book?) 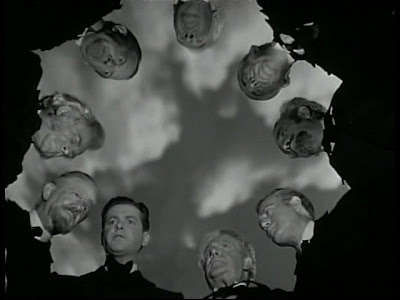 and extreme effects lighting on a devil figure. 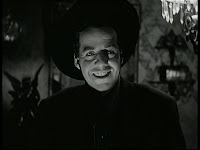 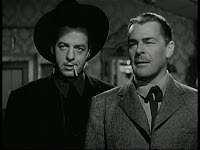 Ideologically, the film is a disguised social problem film. Much like Boy With the Green Hair (1948), it both implores for world peace and seems pointed against Jim Crow.

The Bishop's Wife is a message picture of sorts, though much more up-front in its theme. Bishop Henry Brougham (David Niven) is trying to raise money for a new cathedral and in the process has lost sight of the ordinary people whom the church is supposed to serve. That is, until angel Dudley (Cary Grant) arrives and among other acts seduces Henry's wife Julia (Loretta Young). 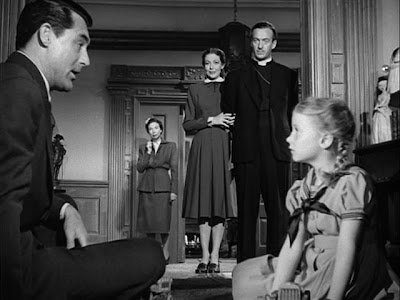 "Seduce" is used advisedly. The Bishop's Wife is a category E film if ever I've seen one: the romantic tension between Grant and Young characters threatens to derail the official message of the film.

And yet the film's contradictions can be its strength. Gregg Toland is DP here and the film's aesthetic seems to be to avoid generic treatment in order to shoot the fantastic in realistic style. 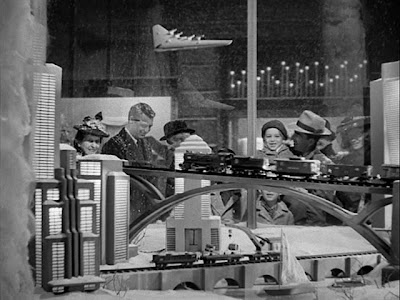 A rich, inky-black look is barely broken even by Loretta Young's glamour treatment. 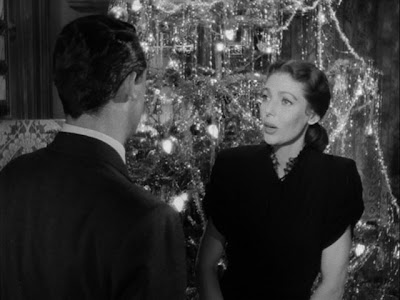 The Bishop's Wife perhaps best exemplifies the in-house independent trend of the 1940s. It is very much a Goldwyn prestige picture, yet uses RKO stars and director. Narratively, it seems to be in an in-between spot between "Goldwyn film" and "RKO picture."
Labels: 1947 project cinematography ideology