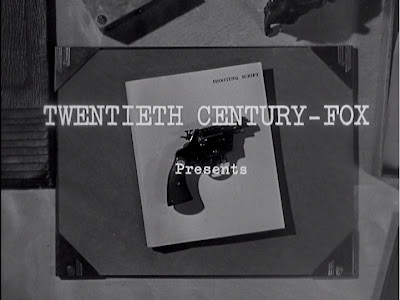 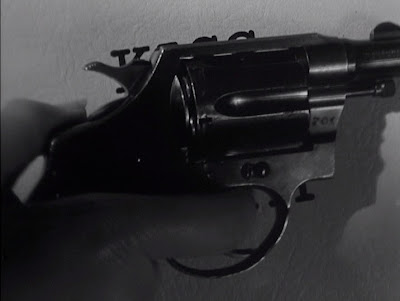 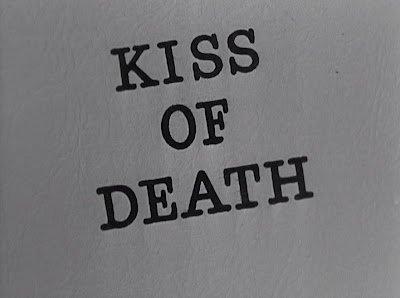 Kiss of Death (Henry Hathaway, 20th-Fox) is perhaps best known as a breakout role for Richard Widmark, who plays a psychopath gangster-hitman. I myself am still unsure how some of the over-the-top violence (e.g. the famous wheelchair scene) got past the Breen office. 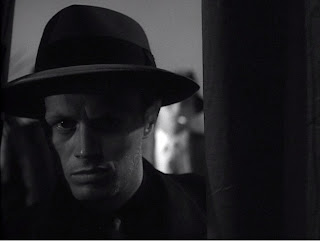 What most interests me is its position in the pseudodocumentary cycle that 20th Century Fox put out in the 40s (including two other films released in 1947, Boomerang! and 13 Rue Madeleine – both also lensed by Norbert Brodine). There is the usual formula, with the usual gesture to documentary authenticity, as in the opening "disclaimer" and montage: 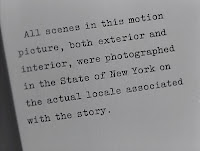 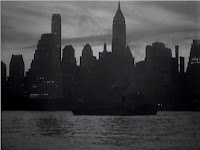 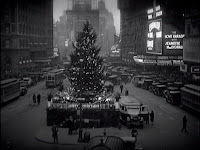 The montage transitions seamlessly into the fiction, with a shot of the main character (Victor Mature) framed in a narrationally excessive shot (through the doorway) but with key markers of "documentary" realism: the length of the take (the shot does not form a coherent part of a scene analysis), the fastness of the film stock, the blocking of the extras to get in between camera and actor. 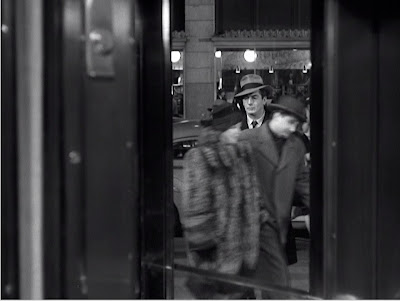 But Kiss of Death departs from the formula, too. Already in 1947, Darryl Zanuck was pushing against the March of Time strictures and toward increased "showmanship." Kiss of Death, notably is pure fiction and discards the pretense of being based on a true story. Even the real-locations title refers; the title card shows a shooting script, not a report file. The biggest change, however, is that the voiceover narration is embodied. Sarah Kozloff in her study on the voice-over in fiction film takes issue with Mary Ann Doane's gendered reading of voiceover omniscience. It's a useful reminder that disembodied omniscience need hardly be male; in the late 40s, however, it was. From the start of Kiss of Death, the female voiceover lends a different sense to the narration, a foreshadowing confirmed when the narrator identifies herself and role in the narrative.

On a side note, there are a couple of zoom shots in the film, including in the above title shot. I am not sure when and how the zoom lens comes into practice, but it's striking because I'm not sure the documentary original for the simulacrum used zooms as we associate post-verite. Nonetheless, something about the aesthetic rule-bending of ultrarealism allowed cinematorgaphers room to adopt practices that would have to be downplayed in a more straightforwardly classical film.
Labels: 1947 project censorship fake documentary