It Had to be You 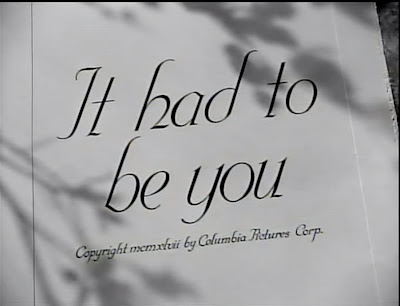 Once again, we have the documentary-style opening shots of Manhattan... 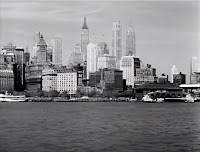 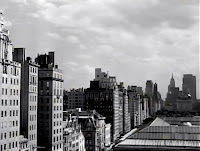 In tone, though, It Had to Be You (Columbia, Don Hartman/Rudolph Maté) is despite, Maté's directorial hand, a world away from the new postwar realism or noir expressionism. Except in one dream sequence, which just about compensates for my long-frustrated desire to see psychoanalytic musical Lady in the Dark: 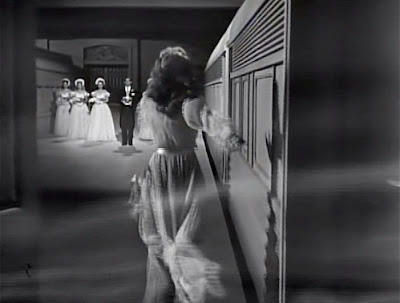 Like Lady in the Dark, It Had to be You is a Ginger Rogers vehicle, centered on Victoria Stafford, a confused single woman who is repeatedly unable to commit at the alter. Eventually, a figure of her imagination, the dashing George McKesson (Cornel Wilde), materializes and soon romantic complications ensue. In many ways, the narrative is typical of the sophisticated/ romantic comedy that evolved from the screwball comedy. One sophisticated comedy touch is the playfulness about advertising and the mass desire, as a billboard ad enters into the dream sequence: 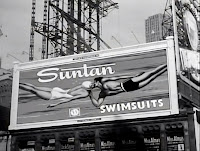 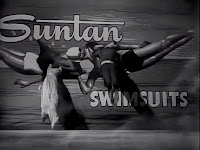 More radically, the imaginary-as-real character poses an interesting narrational question. Many classical films toyed with the fantastic, but in this film by the end the clear lines drawn for the spectator get fudged.

Geoff King remarks, following Dyer and others, that star narrative trajectories so often center on the star "becoming" herself. It Had to Be You shows the transformation of Ginger Rogers from a confused ditz to the brassy, confident character we expect. 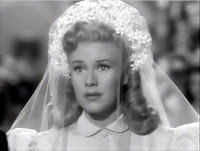 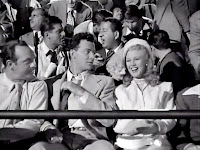 I'm wondering if this genre deserves more attention: the standing assumption that screwball comedy marks a golden age, against which other sophisticated comedies are failed imitators, does not do justice to the change of comedies in the 1940s.
Labels: 1947 project comedy