Teaching the History of Film Craft:

Second in a series of posts 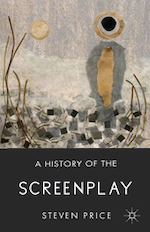 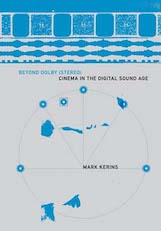 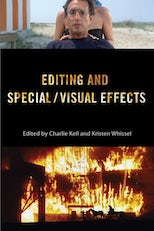 As I mentioned in my first post, my main inspiration for teaching film craft has been the terrific scholarship in areas that I've been interested in. Not to take away from foundational studies, but over the last decade there has been a wave of good monographs on film craft.

I don't have the time or space to compile full bibliographies here, and I've left off essays, unfortunately. Rather, I wish to suggest books that may serve as building blocks for a course syllabus or that could inspire a course. The list can also serve as a kernel for a bibliography for students in film history courses.

The list below focuses on scholarly histories on film craft. I've bracketed theory (or related topics like star studies) for the moment, even though something like Michel Chion's work on sound could be an important addition to a sound course. Also, I'm omitting interviews, popular histories, trade press sources, and production-oriented books, though these are important for research projects.

The ones with an asterisk are ones I've used in a class, either in part or whole.

Behind the Silver Screen Series (Rutgers UP)
I'd particularly recommend this series as a starting point. They're all organized chronologically with each essay tackling a different part of Hollywood history. The bibliography of each also points to useful resources. (And I'm in one of them, as disclosure.)

Screenwriting
Steven Price, A History of the Screenplay *
Miranda Banks, The Writers: A History of American Screenwriters and Their Guild
Douglas Hell, Prime-Time Authorship: Works about and by Three TV Dramatists *
Rosanne Welch, When Women Wrote Hollywood: Essays on Female Screenwriters in the Early Film Industry

Unfortunately some areas like editing and art direction are still underrepresented. And the scholarship is much stronger on Hollywood cinema than on other cinemas. But it's exciting to see so much great scholarship emerging in these areas of film history.