This year will be the first for a new scholarly interest group (SIG) devoted to Classical Hollywood studies in SCMS. The following is information on the activities and meeting planned for the upcoming 2016 SMCS Conference in Atlanta.

The Atlanta conference will be the occasion of our first SIG meeting, on Saturday, April 2, 5:00pm, currently planned for Room 410. Given the packed schedule, it was impossible to avoid conflicts, but I tried to pick a day and time that most members would be able to make. The meeting will give a chance for members to meet in person and discuss the group's key business:

- Election of Co-chairs and a graduate student representative

After our annual meeting (6pm-ish), will have an informal happy hour gathering for those interested in sticking around. Gibney's Pub should be a convenient option, a block west of the Hilton:

The Graduate Representative position is filled by self-nomination at the Group’s conference meeting, for a term of 2 to 3 years.  If more than one graduate student member is interested in serving, the group will choose the representative by vote.

Please feel free to submit self-nominations for these positions to me at ccagle@temple.edu. Nominations will also be accepted at the meeting. I should stress that while I have been acting as chair on a temporary basis, I encourage anyone interested to step forward.

On Thursday night, the Classical Hollywood SIG is co-sponsoring a screening of Thom Anderson's latest film, The Thoughts That Once We Had (2015, NR, Documentary, 108m). I'm sure many of you are familiar with Andersen's work — his essay film style blends an exploration of film history with political and theoretical reflection. Andersen will be in attendance for a Q&A discussion with D.N. Rodowick. 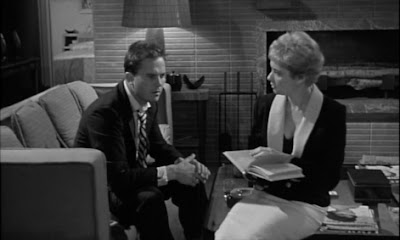 The screening takes place at the Plaza Theatre on Ponce De Leon Ave. (not downtown) on Thursday, March 31, at 7:30pm. Tickets can be reserved ahead of time at the SCMS conference on-site registration desk, and will be available on a first-come, first-served basis at the theatre, with SCMS conference badge.

We are cosponsoring the affiliate event with the Film Philosophy SIG, The Atlanta Film Festival and the Host Committee.

The Classical Hollywood SIG is sponsoring eight panels, the maximum we are able to sponsor. This is in addition to a good number of other panels and papers related to classical Hollywood studies at the conference.