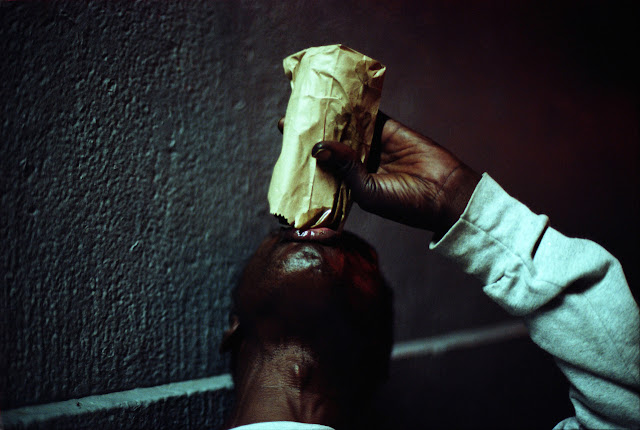 I need to watch and reflect more widely, but I am not sure I've seen all that many documentaries aligned with portraiture photography. There are certainly portrait docs, both as a genre and as a mode, I would argue, but I am referring to documentaries that intersect with the operational aesthetics of still portraiture photography. They exist, certainly, but the examples elude me.

Field Niggas inhabits this intersection. The director Khalik Allah is a still photographer extending his street photography into cinema with gorgeous HD videography. Of course, high-definition digital cameras can make lovely images easy to capture, but even though I've gotten used to the proliferation of aestheticizing shooting in documentary, the work in Field Niggas is stunning. 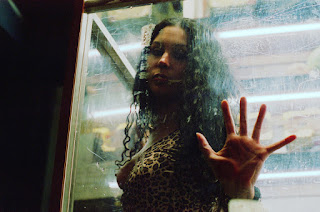 But the portraiture aesthetic is more than prettiness. I am thinking too of the photographer-subject rapport (important in documentary but crucial to the portrait photographer) and the spectator-subject relation, which since Diane Arbus at least often implicates the middle-class spectator in an uncomfortable social position of viewing subproletarian or outsider subjects.

Field Niggas takes on a similar project of photographing what might be ultimate outsiders - the mostly African-American, mostly homeless inhabitants of a Harlem street corner in New York, who spend the evening congregating, drinking, smoking synthetic marijuana, and arguing with themselves and with police officers.

Much could be said in a fuller essay about how the film negotiates the ethical dilemma of its project, but in general it seems to be use a twin strategy of aestheticization and metacritique. The former because it wants to show people commonly ignored or treated as an urban blight as full of a profound humanity. The latter because the film seems aware of the ethical pitfalls that aestheticizing can have. The structural devices from the sound-image disjunction, slow motion, and filmmaker's appearance all play a role in commenting on the image making and image perception of the documentary that we, the spectators are watching.

For me personally, it's an approach that could backfire but it worked quite well. The meta ethical critique felt organic, tied to the experience of the documentary, rather than told to me.
Labels: Contemporary Documentary project