The Guilt of Janet Ames 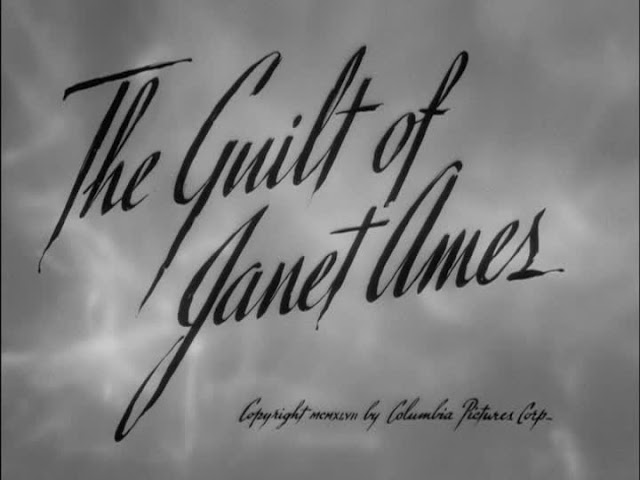 The Guilt of Janet Ames (Henry Levin, Columbia) seems almost like a compendium of the standing motifs for my book and my 1947 viewing: historical trauma, psychologism, social problem content, class critique, postwar optimism - all rolled into a noirish psychological drama about a war widow (Rosalind Russell) trying to process the emotions of losing her husband. At one point her interlocutor says, "There's a time to remember and a time to forget." Not that far beneath the surface, the film exhorts the spectator to put the trauma of the war behind her and to embrace the optimism of a postwar society (here figured by married couples building homes, having children, and starting out on careers).

For all of the familiar elements, The Guilt of Janet Ames is an unexpected, over-the-top experience. For instance, in one of the film's many dream sequences, Sid Caesar delivers a stand up routine mocking Hollywood's flirtation with social science by adopting the persona of a German intellectual advisor to Hollywood (Adorno meets Kracauer?) discussing the new "pscyhological pictures" in Hollywood. 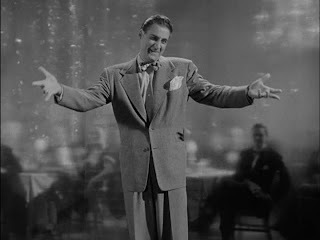 Stylistically, the film at first seems noir-by-numbers with a flat contrasty style from the Fox universe... 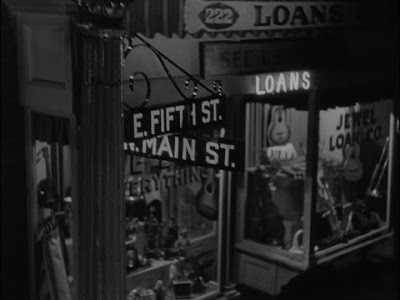 ...the exaggerated lighting contrast, a la Warner Brothers, of the procedural. 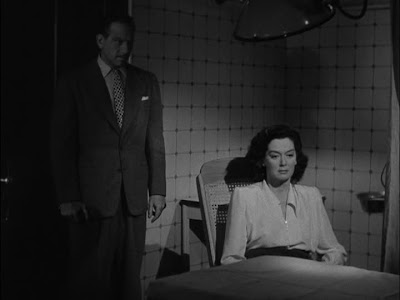 and more spectacularly, the Expressionist dream sequences that's part Stranger on the Third Floor, part Secret Beyond the Door. 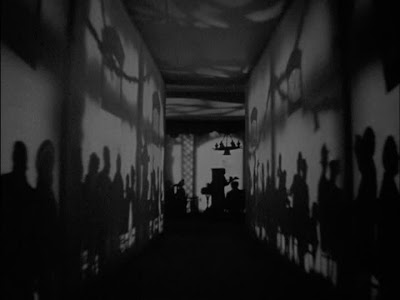 Still, the DP is Joseph Walker, who never fully abandons a Romantic style, especially for his lead actors. 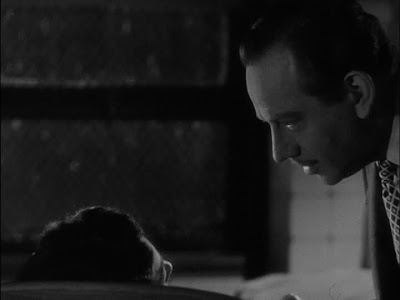 The film overall lays bare the tension film scholars and cinephiles show between noir exceptionalism (noir as modernist good object in otherwise Romanticist old Hollywood) and genius-of-the-system appreciation. What I find particularly interesting are the stylistic tendencies which are neither distinctively Walker's nor isolated to film noir. For instance, this kind of composition - figures framed very tightly, faces pushing toward the frame edge, space diagonal - is just the kind of "arty" composition that 1940s cinematographers and directors were likely to choose. 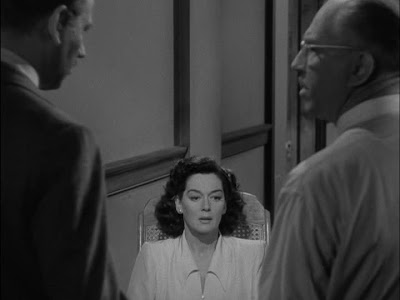