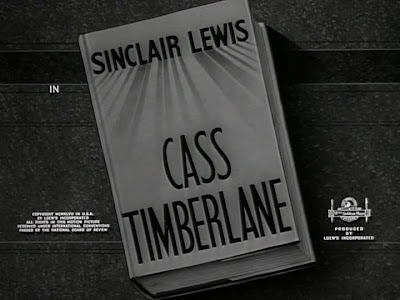 From the opening credits, Cass Timberlane (MGM, George Sidney) foregrounds its status as adaptation. We can consider this both as marketing strategy (MGM exploits its pre-sold property) and middlebrow culture (the earlier ideal-type of prestige in my categorization). What I still need to research and explore is the culture status of Sinclair Lewis's work circa 1947. I receive him as a second-tier author in the American literature canon, but Hollywood also gave the glowing book-cover treatment to authors no longer canonized. The title touting its serialization in Cosmopolitan magazine highlights its in-between status: both mass-market and literary. 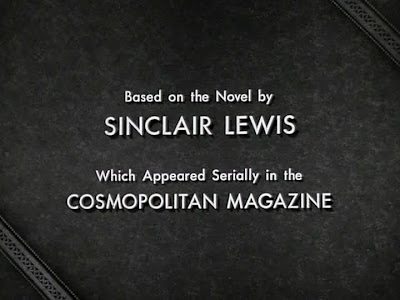 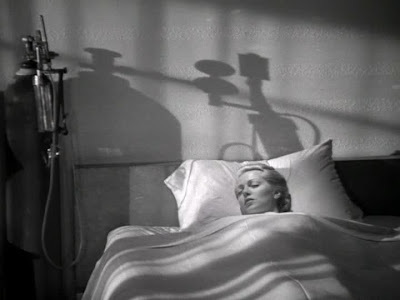 To a casual (modern) eye, the film will seem less prestigious or literary than melodramatic. Not only do major traumatic events (stillborn childbirth, infidelity, car accident) happen with relative suddenness in the narrative development, the overall pathos of the narrative is of social conflict that is inexorable and situational. Jinny is destined not to fit in with small-town society; Cass is destined to be mismatched to big-city life; Bradd is destined to be unable to act independently. There's been a good bit of scholarship on 1930s women's films and maternal melodramas and their exploration of class politics (especially since the overriding crisis of the women's picture is the navigation of financial prospects in the marriage market). But Cass Timberlane is interesting - "novelistic"? - because it places multiple characters, male and female, in positions of understanding the cause of their situation but unable to change it. 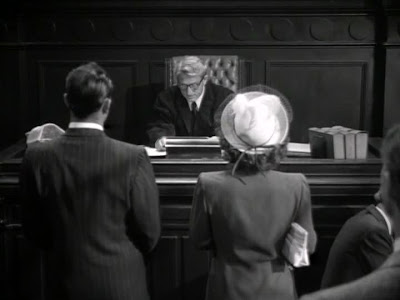 Cass Timberlane is a judge in a small Minnesota town. The film opens with Cass ruling against a request for divorce - which Cass is categorically opposed to. Over the course the film, of course, his own marriage starts to face the very strains that he had blithely discounted earlier. Ideologically, the film attempts to straddle the contradictions of marriage in early 20th-century America by seeing the older moral order as unfounded while ascribing to its practical directives. 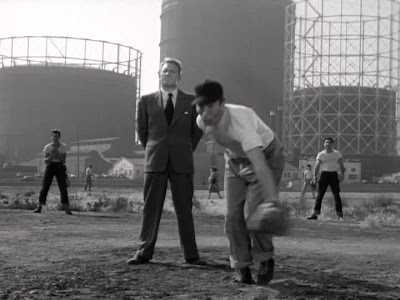 As in The Unfaithful, divorce potentially allegorizes the changes of the War and adjustment to a postwar social order. The conversation between Cass and Bradd explicitly references the change in mores after the War; more broadly, the film deals with the status of small-town values in a largely urbanizing national culture. Its thematics aren't necessarily specific to the late 1940s (other Sinclair Lewis novels explore similar ideas, for instance), but the subplot of the war profiteering give a topical spin to them. 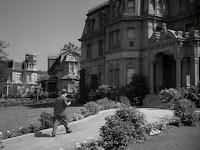 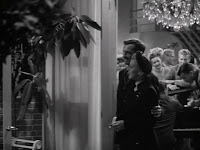 MGM films sometimes shift locale between the small-town and the big city, but the Lewisian thematics here give the studio a chance to play 20th-Fox in drag, as the characters consider leaving the MGM genre of the small-town moralizing drama to the big-city sophisticated drama. This is marked by a shift between Victorian and modernist mise-en-scene. Of course, the MGM small-town milieu is reinstated at the end. 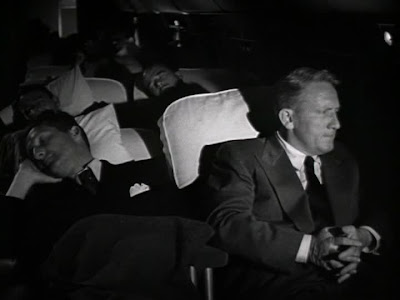 Realism is admittedly a relative term. And much of the harder-edged cinematographic look could be written off as a general visual fad in late 1940s Hollywood and the technology of new lenses, faster film stock, etc. By the same token, MGM did not specialize in a realist look in the way 20th-Fox did, so by comparison to the studio's house style, Cass Timberlane is markedly realist in its lighting and overall visual look. 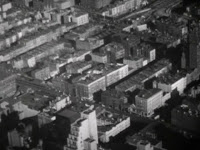 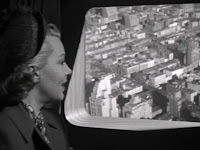 The film does not open with a pseudodocumentary aerial shot, but it does give one halfway into the film, as the story moves to New York City. Only the camera zooms out to reveal it to be the actual aerial view of the main characters. Or, rather, a screen within the screen that the characters are watching with us. 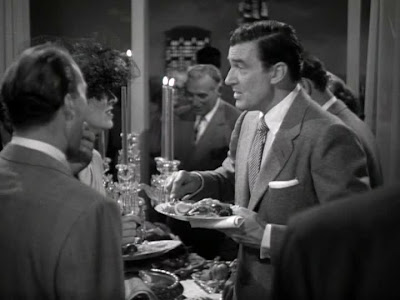 Walter Pidgeon makes an appearance as Walter Pidgeon, attending a New York party. I can't say the film is the only one to do such a cameo, but it's a little unusual to see one outside of a Bob Hope comedy. 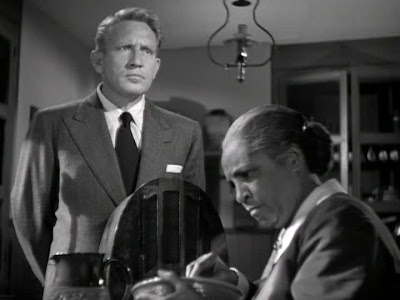 In general the "magical black person" is a trope of contemporary, not classical, Hollywood - a way of reinscribing stereotype in a representational moment revising away from an older regime of stereotyping. At first blush, Mrs. Higbee (played by Jesse Grayson) seems a typical mammy figure - domestic and asexual. All the same, something is different. Richard Dyer (in his essay "White") identifies a "liberal" version of African-American representation emerging in late 1930s Hollywood, and Cass Timberlane fits that mold: Mrs. Higbee is smart, not buffoonish; her accent lacks an exaggerated dialect; and her provenance is New England, not the South. She partakes of low-culture radio serials but knows more than Cass at crucial moments in the narrative. If not exactly a "magical black person," her character is certainly a prototype for one. 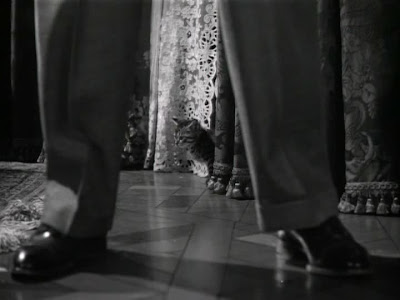 I confess to be unfamiliar with George Sidney's oeuvre, who might be classified as more a house director than an auteur. As with other MGM prestige films, though, there's a sophistication in the style. Arguably, as Andrew Sarris would probably argue, it represents the style unfettered to substance - but that's a tendency common to the late 1940s. If there's any directorial stamp here, it would seem to be the between-the-legs shot, which repeats at various points in the film.
Labels: 1947 project prestige film

DANIEL KREMER said…
I long thought that Cass Timberlane would get on quite well with your 1947 project. Great write-up!

It's been awhile since I've seen it. I have however used the name Eino Rosskeenan (the name of the Lana Turner character's stereotypically "liberal" male friend) on two separate occasions in my own work. And then there is the cat...I remember that much.
3:55 PM