I Wonder Who's Kissing Her Now? 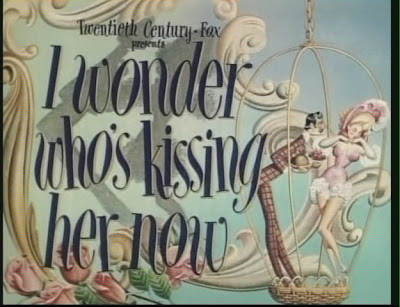 Talk about teleology. Not only does the title song of I Wonder Who's Kissing Her Now? (20th Century-Fox, Lloyd Bacon) recur many times, but the narrative charts the completion of the song; songwriter Joseph Howard (Mark Stevens) has the tune early in the film but cannot find the appropriate lyrics. The rest of the film will set out to "explain" the lyrics. The song was maybe not even Howard's most famous composition, but it allows the script to create a homology between song and biography.

And like Lillian Russell (1941), this film is a musical biopic. Though known for their realist and dramatic fare, 20th Century-Fox had a musical unit and made a few for 1947 release. I Wonder Who's Kissing Her Now is squarely in the Fox musical mold, which stresses the romantic drama to the point of not quite feeling like a musical. There are backstage musical elements.... 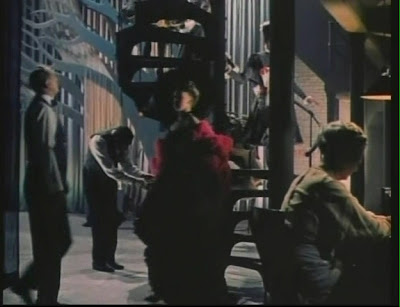 and one intergrated musical sequence in which Katie (June Haver) imagines herself in the starring role... 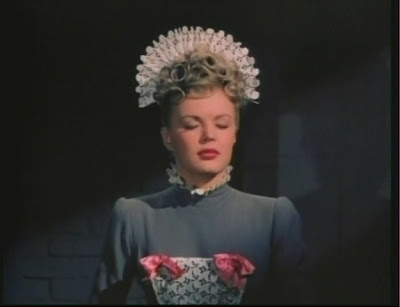 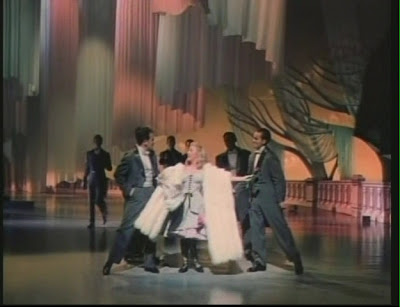 But mostly the film is a light-hearted drama not too unlike Warners' Life With Father. From the standpoint of my 1947 viewing, two things most interest me. First, the turn-of-the-century setting - which repeats often enough not to be an innocent choice. Second, the slightly more complicated blocking of camera and action, such as in the ever-present mirror shot: 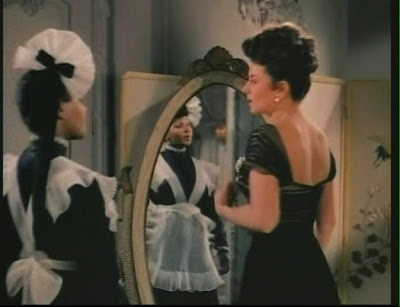 It's been fascinating to see both ideological tropes and stylistic devices repeat so consistently.
Labels: 1947 project