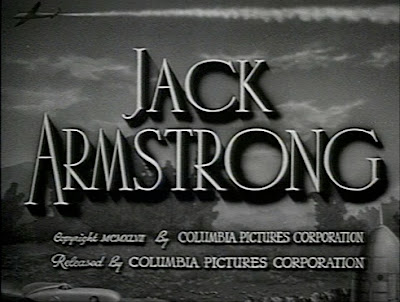 My 1947 viewing has focused on feature films, but of course shorts and serials were very much staples of film production and exhibition in the classical period. Jack Armstrong (Wallace Fox, Columbia) was typical of both B film production and the serial format. Adapted from a radio serial, it centered around the eponymous character, the "all-American boy" in collegiate dress... 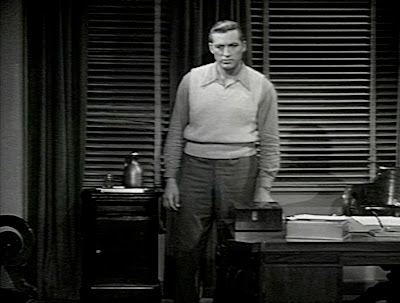 Narratively, it synthesizes elements of the fantastic with a non-thriller crime format (much like the Big Town B films I've discussed here). In fact, I'm left wondering if more has been said about the B film narrative and its typical form: an identifiable villain disguised as ordinary, the externality of action, etc. Formally, the Jack Armstrong serials are the most rudimentary exemplars of classical style, with a heavy reliance on fixed setups and B roll. The moments of expressive analytical editing, such as in this closeup, are rare and therefore shocking when they do appear: 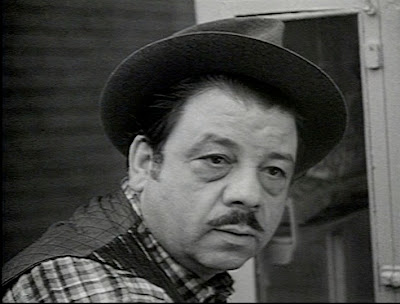 What's perhaps most interesting about this serial (and others?) is the expression of science fiction tropes in a year and decade when the genre was seemingly missing entirely from A and B features. 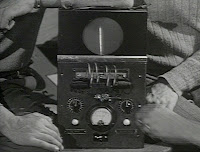 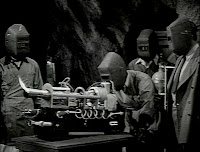 As these shots show, the problem of both figuring technology visually (the plot centers on cosmic rays) and of imagining "science" not yet created are harbingers of the B-film science fiction boom of the 1950s. If Jack Armstrong has the iconography/semantics of science fiction, though, it does not exhibit the structure/syntax of the genre, appending technological utopia/dystopia to the small-town crime film (it's not too different than the Nancy Drew Bs for instance). Still, the serial presents hints at some of the thematic negotiation of science in the atomic age - something one does not see directly in much, if any, of the other 1947 films in any direct manner. 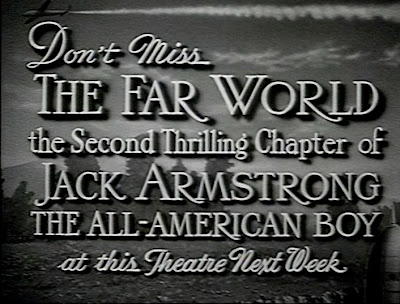