On a colleague's recommendation, I took a belated look at a 2001 essay by Mark Betz on the topic of film dubbing. ("The Name above the (Sub)Title: Internationalism, Coproduction and Polyglot European Art Cinema" - Camera Obscura 46.16) I'm glad I did. It's a superb essay and one that confirms in the best way my belief that film studies has entered a renewed period of methodological self-confidence as a discipline.

Like many of the new theoretically-informed historians – or historically-informed theorists – Betz begins by revisiting and challenging a stubborn, unacknowledged assumption of film scholarship, in this case the assumption that film dubbing represents an abasement of the true, original film text. Part of this is an intervention in the cinephile preference for subtitles over dubbing, and Betz makes note of the

traditional impatience British and American viewers demonstrate when confronted with poor sync, an impatience that is the product of both lack of exposure to dubbed films (as they live in an English-language culture and cultural marketplace) and a fetishistic attachment to the idea of the "authentic" cut of film, an attachment dubbing disturbs (32).

But more than questioning Anglo-American cinephile practice, Betz is targeting Anglo-American film historiography for its refusal to take account of the related facts of cinematic coproduction and soundtrack dubbing in most European cinema. While much scholarship has been done on the utility of the concept of national cinema, he points out, very little national-cinema historiography actually deals with the polyglot nature of financing, crews and casts, particularly among the features of France and Italy from the late 1950s to the 1970s.

Indeed, some of the prototypically "French" and "Italian" art films of the period directed by the most celebrated auteurs were in fact the products of French and Italian (and West German and British and Portuguese and Swedish and Spanish) partnerships: Louis Malle's Zazie dans le métro and The Fire Within; Alain Resnais's Last Year at Marienbad, Muriel, and La Guerre est finie; Francois Truffaut's La Peau douce, The Bride Wore Black, and Mississippi Mermaid; all of the films of Antonioni's tetralogy starring Monica Vitta; all of Luchino Visconti's films from The Stranger through the Innocent; all of Fellini's films from Il Bidone through Satyricon; and most of the 1960s films directed by Jean-Luc Godard, Claude Chabrol, Vittorio De Sica, and Bernardo Bertolucci (24).

Sorry to quote as such length (I left out countries and years), but the scope of coproduction is rather the point. It's an observation so simple, yet somehow one that no one had truly remarked on before. Betz extends, somewhat seamlessly, the analysis from the textual and theoretical concerns to the analysis of historical, industrial and regulatory trends defining European national cinemas. Now, I have to say, I await to see his forthcoming book on European cinema. 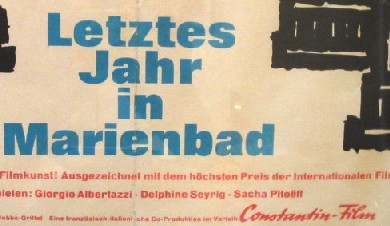 Anonymous said…
I'm glad you commented over at Mabuse, Chris--welcome. I noticed your blog a little while ago and I was going to extend you an invite to Mabuse's, but couldn't find an email address. Send an email to me at the email address on my profile page, and I'll forward you an invitation, if you're interested. That way you can post on the front page, or cross-post if you want.

Anonymous said…
Dubbing/Subtitling are integral part of cultural transfer between all countries.
Though the debate is always between preference of dubbing or subtitling each of it requires high level of artistic/technical input to ensure the final output is more local in every sense.

Dubbing brings more life to characters of a film than subtitles though a bad dubbed film can be a nightmare to watch.
Most Scandivian countries prefer subtitling over dubbing but now it is most preferred also for Deaf community.Same language subtitling(SLS) is one of essential way to educate people.