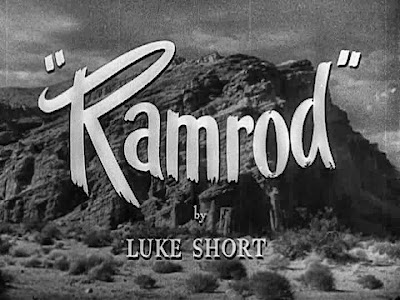 From the title, I had assumed Ramrod (Andre de Toth, UA/Enterprise Productions) would be an application of noir aesthetics to the Western, perhaps with some Freudian psychodrama tossed in. And to be honest it does include Veronica Lake doing a femme fatale turn. What's interesting to me is that sometimes D.P. Russell Harlan shoots Lake in the iconic side profile famous from her Paramount films, but at other times gives her a harder, more frontal look. 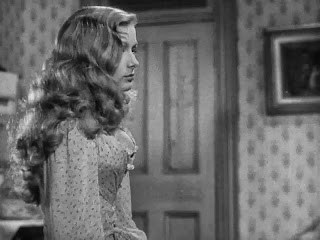 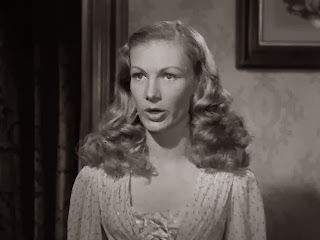 And yet, generically, the film is essentially a B-western narrative given A-picture production values. Like other B-film Western, Ramrod is a Manichaean crime melodrama about a bad guy, Frank Ivey, trying to control a small Western town and run Connie Dickason's (Lake) life. Joel McCrea plays the good guy caught between his moral obligation and his disillusionment with Connie. What the 95 minute running time gives this programmer is a more developed romance subplot.

Even if fails to match the A-Western narrative, the film does include much of the iconography and some of the genre grammar, like the climactic shootout. 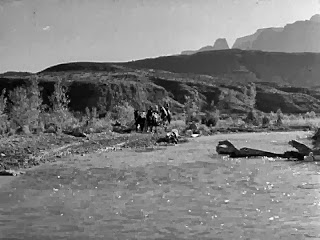 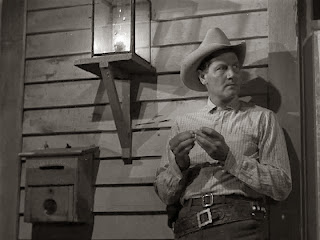 In all, it has a sophisticated, if undistinguished directorial style, full of tracking shots varied angles. One device that does stand out are a couple of forced-POVshots comparable to Lady in the Lake. 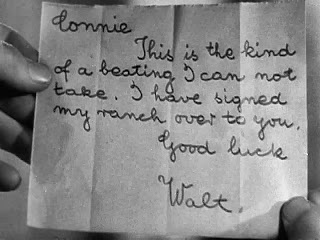 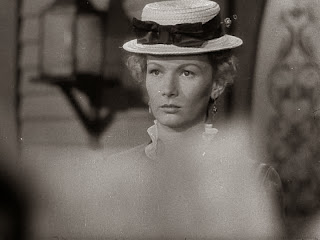 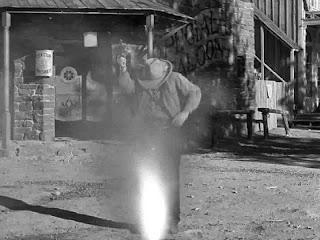 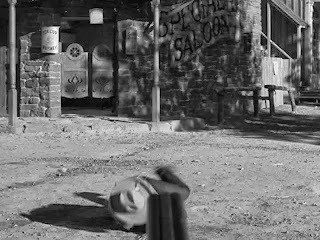 It's fascinating that such stylistic flourishes come in a film that otherwise is not stylistically adventurous and that generically reads neither as prestige film nor contemporary pulp.
Labels: 1947 project genre