The kind of books I like for teaching or self-edification are not necessarily the kind of books I like for scholarship. And there are some presses that emphasize books aimed for classroom use and library adoption more than scholarly monographs. While some of this stuff does get under my skin - there's a lot of shoddiness done in the name of auteur criticism, for instance - there are also books that are useful to read and to

BFI Film Classics. These have been a hit for the press, even to the point of spawning imitators - Wayne State's TV Milestones or Arsenal's Queer Film Classics. The BFI books each focus on one "classic" film and typically combine close reading/aesthetic consideration with a detailed production history. Cinephiles will already be familiar with the series, and I can say from experience that some of them are terrific additions to a film history survey course - adding some depth to the broad sweep of a survey. 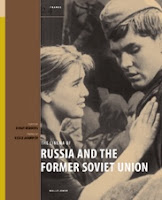 Wallflower Press 24 Frames series. Each volume of this series is devoted to a national cinema or regional grouping of national cinemas (Latin America, the Balkans, etc). One advantage to this series is that it already "thinks" like a syllabus - organizing a tour through a national cinema through a selection of 24 films. Some are canonical, others important but neglected, and still others significant in some way. (If there's a disadvantage to some volumes is that not enough titles are available in English-subtitled DVD release.) I imagine any national cinema scholar or area scholar worth her salt will prefer to organize a course based on her own critical priorities. And I don't know that I would use one of these books as a sole text for a course on national cinema - there is some material about industry and historical context interwoven, but the focus is on the individual films. But there's something about the snapshot approach that appeals to me. 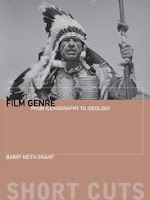 Wallflower Press Short Cuts. The idea of this series is simple and the packaging attractive: take a basic concept in film studies and develop a slender volume that elaborates on the concept and gives an undergraduate readership a fuller understanding of it. In practice, I think some volumes in this series are more successful than others. I've encountered too many that do not work in an introductory setting: too much jargon, too many references to debates in the field, or too much arcane or advanced analysis. Some, actually, would work well in an intermediate or advanced film studies class: Tamar Jeffers MacDonald has a good study of the romantic comedy, for instance, and Paul Ward's book on documentary raises useful issues. But by drawing upon its authors strengths, the books end up being more like monographs-light than the pedagogical books they're packaged as.