The Ghost and Mrs. Muir 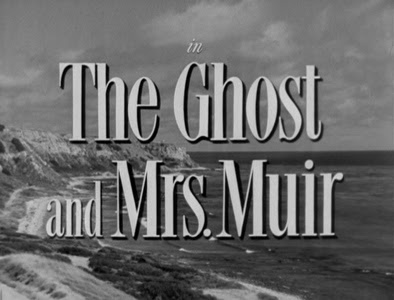 One critical hat trick the auteurists introduced was the inversion of Hollywood’s taste hierarchies: trash cinema could be art, while serious cinema hollow pretension. I happen to think this taste formation was symptomatic of a larger shift in cinema’s place in a cultural hierarchy and that if the auteurists had not existed someone would have had to invent them. The late 1940s fascinate me in part because I see them as a crucial pivot point in the establishment of this new taste formation. Paradoxically, the period offered the most excessive examples of “serious cinema” because the industry was caught in the tradewinds of a changed place of cinema in American cultural life. 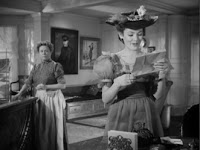 Against this backdrop, The Ghost and Mrs. Muir (20th Century-Fox, Joseph Mankiewicz) balances the prestige picture and the genre film in fairly equal parts. The cinematography (Charles Lang) offers both elaborate setups that compositionally express their meaning and natural light shooting that captures the subject in crisp definition. The Bernard Hermann score is both sweeping and subtle. The setting, mise-en-scene and casting of George Sanders aligns the film with an Anglophilic strain particularly strong in the late 30s and 1940s. More particularly, the film seems to absorb the model of the Rank-Ealing imports, particular the fanciful-serious 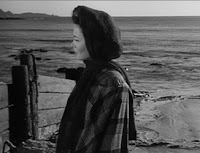 hybrid of Stairway to Heaven. Mrs. Muir’s interaction with the ghost plays with the reality of the visual register and thematically draws out a parable of belief that, if not Ordet, is at least a subtext beneath the surface.

Meanwhile, the film borrows from and inverts the gothic blueprint: the creepy portrait... the glass of milk make their appearance, only the tone is turned from horror to romance and light comedy. 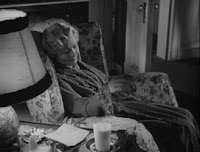 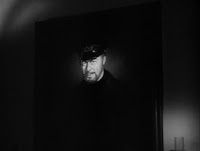 By now, someone has likely given a persuasive ideological reading for the preponderance of missing husbands, dead husbands, and bigamists in the cinema of the 1940s. I, too, wonder how self-conscious observers of the time were of the trend.
Labels: 1947 project ideology sociology of taste