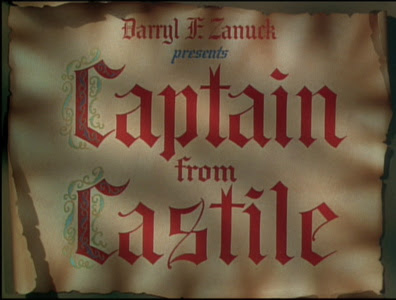 A curious thing: the studios favored swashbucklers for the visual excitement they could offer – action, costumes, and spectacle – yet they used novels as source materials presumably would focus on the generic elements central to historical fiction that diverge from the elements central to the films. Captain from Castile (20th Century-Fox, Henry King) was a Tyrone Power action-romance vehicle set against the backdrop of the Inquisition and the Spanish conquest of Mexico. The film-studies truism for historical films is that they inevitably say more about the current times than the past, but with Captain one does not have to scratch too far beneath the surface: Power and costar Jean Peters are typically American in affect, and the New World story seems mostly an excuse to shore up American ideologies of individualism and class mobility. 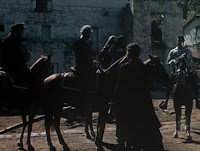 Remarkably, the opening title promises location verisimilitude similar to Fox’s pseudodocumentaries, touting “actual locations,” an odd claim given the genre (“escapist,” not realist) and the lack of identifiable Mexican locations. It’s hard to get used to how dark this film looks. The Technicolor is hampered by a heavy reliance on day-for-night and even location shooting.

There are nonetheless some striking intimate moments 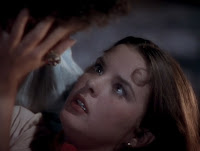 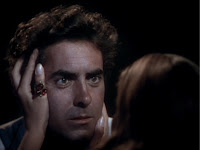 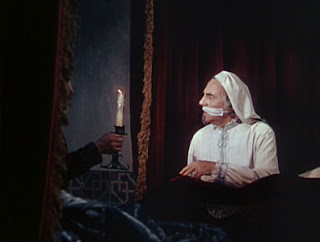 On a less serious note, I’ve never been to Spain, but I wonder if Castile has palm trees.
Labels: 1947 project adaptation ideology