If any film exemplifies the idea of "house style" it's Miracle on 34th Street (20th-Fox, George Seaton). Many, of course, are familiar with the film as a Christmas-movie staple, rebroadcast regularly on TV. For my part, I had not rewatched the film since my childhood – or at least teen years – and what I had in my mind was cued by the genre and the sentimental tone. Imagine my surprise to be face to face with the same realist style I've grown accustomed to in the 1947 films, right from the credit sequence: 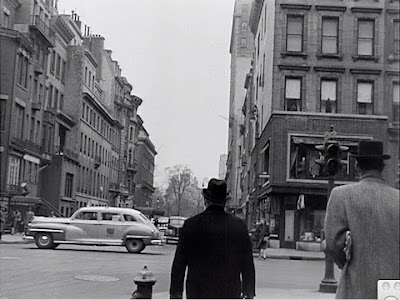 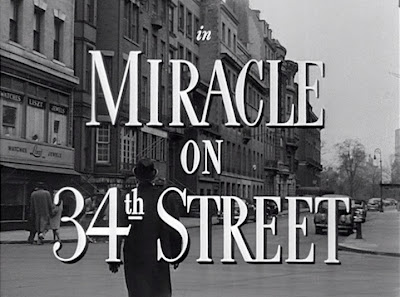 Much of the film, in fact, is shot in a remarkably similar way to other films from 20th-Fox, both the pseudodocumentaries, with their hard light, fast film stock, deep focus, and location shooting...

and the mature dramas (like Daisy Kenyon) with their charcoal-gray rendering of human figures:

In short, the "childhood" and "fantasy" genre-thematics do not interfere with this film getting the typical Fox cinematographic treatment. Not only does house style cut across genre, but it informs the work of DP Charles Clarke, not normally one of Fox's prestige cinematographers, and someone normally slotted for "outdoor" high-key pictures.

Meanwhile, I was struck this time by how the film's humor relies on subverting the "discourse of sobriety" (to use Bill Nichols' term) that marked the social problem films and pseudodocumentaries. The post office scene, for instance, plays out like the FBI scenes in House on 92nd Street; the repetition of typewriter typeface inserts is not accidental here. And a year before The Snake Pit, the film up-ends the psychiatric discourse that would dominate so much postwar cinema. 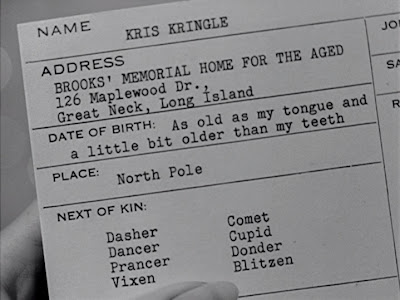 Finally, this was the film that gave Thelma Ritter her start. Clarke's memoirs state that she was initially an extra but after seeing the rushes, Seaton decided to increase her role. 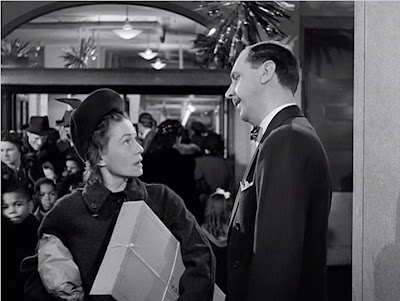