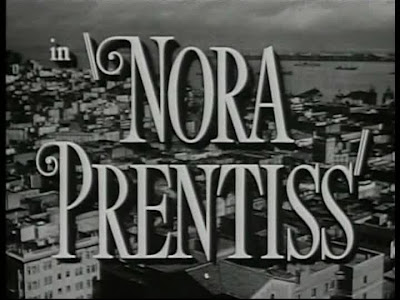 Nora Prentiss (Vincent Sherman, Warner Brothers) often gets categorized as a noir, but to my this particularly is a case of superficial genre elements trumping a systematic genre categorization. I would say the case for the film as noir rest on some finite evidence: the inclusion of a crime investigation as one part of the narrative, an overall visual look in lower key scenes, and a flashback frame opening with the usual iconography of urban fast-film-stock realism and an ambiguous voiceover narration. 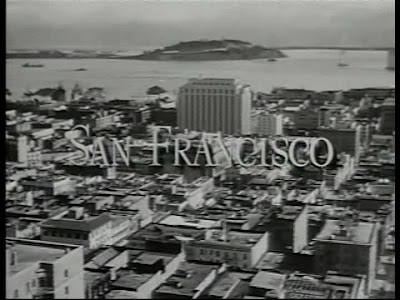 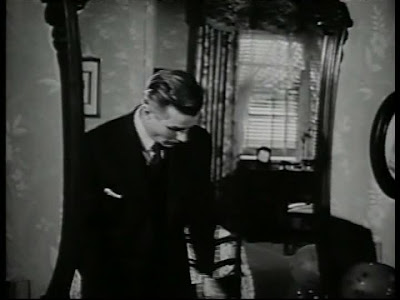 There are also occasional expressionistic moments, like this shot rendered with a remarkable visual abstraction: 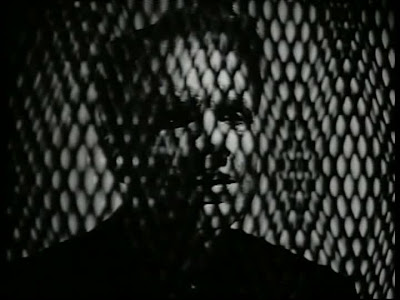 But I am leaning toward considering the low-key cinematography just part of the Warners' house style of the late 1940s. That includes many noirs, but also is the part of the cinematic vocabulary for dramas in general. Or, perhaps more accurately: "noir" is a concept that tries to unite a wide range of visual styles with a few narrative patterns associated with American crime-fiction modernism. (I'm drawing here from James Naremore's work, though hopefully I'm not mis-translating the argument.) 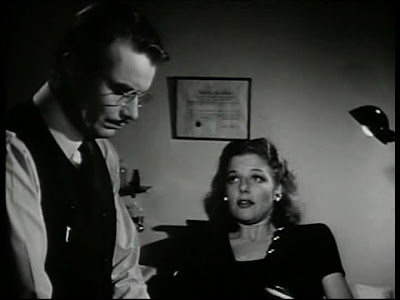 Nora Prentiss demonstrates how the stylistic and narrative parameters do not neatly line up. For it's until not significantly into the course of the narrative that anything like a crime emerges. And the element of criminality is no greater than would be in a novel like Sister Carrie, of which Nora Prentiss feels like a distant adaptation. I've been curious about how literary naturalism gets translated into the commercial fiction film - this example is as good as any I could point to for a film that captures the spirit of naturalist literature. Interestingly, it's not marketed as such, but as something between pulp and melodrama - Warners' sweet spot.
Need I add that there's a amnesiatic thematic of forgetting the past?
Labels: 1947 project genre theory