So Well Remembered (RKO, Edward Dmytryk) is a social problem film masquerading as a literary drama. The last gasp of Adrian Scott/Dore Schary's tenure at RKO before the blacklist and the Hughes buyout, the film tracks a dynastic melodrama while protesting, variously, poor housing, industrial working conditions, alcoholism, and mental illness. In that regard, it has more in common with a literary/problem cycle of the early 40s (How Green Was My Valley is a clear touchstone), but the RKO production differs from the Fox/MGM quality style in a couple of respects. First, it's embued with the documentary aesthetic inflecting late 40s cinematography generally and copying 30s left documentary specifically (there's a nice Griersonian montage in the factory injury scene). 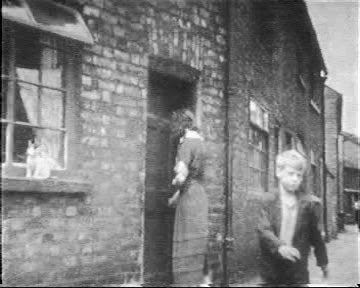 Second, the theme yokes together social melodrama with the same anti-Fascist Popular Frontism that marked RKO's Crossfire. The narrative follows George, a Labor MP who marries the industrialist lord's daughter, Olivia. As their marriage progresses, Olivia resents George's lack of upward mobility, while George resents Olivia's lack of morals. Conflict ensues, leading to divorce and estrangement. Years pass and it comes to a head when Olivia's son Charles falls in love with a working class girl, Julie. The final showdown occurs at Mussolini's fall. “We've not seen the last of her yet,” John laments, with clear echos of the Scott/Dmytryk/Paxton concern about latent fascism. 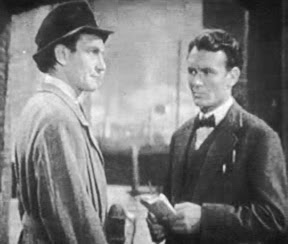 Meanwhile, Olivia's crime is not merely political, but includes her domineering psychological control of Charles. I'm not sure how broadly the film's Lefty Momism reached as a general ideology, but it's pretty remarkable. Olivia is so Manichaean and evil a character and she serves that it's fair to say that the leftism of the film's politics is predicated on the selfish middle-class woman as scapegoat.
(Frame grabs from Hectic House)
Labels: 1947 project fake documentary feminist criticism social problem film