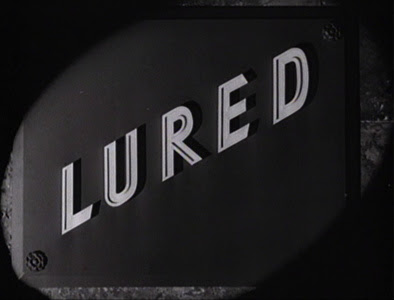 As someone who has not seen any Douglas Sirk film made before 1950 (i.e. pre-Universal), I was grateful for an occasion to see Lured (UA/), which has the extra bonus of being a Lucille Ball vehicle.

Often classified as a noir, Lured is more properly a thriller of the anglophile variety, closest in approach to the Sherlock Holmes stories/films. Sandra (Ball) is a ballroom dancer whose friend gets murdered by a serial killer snaring women through personals columns. She agrees to work with the police to lure the killer. There are elements of the gothic tossed in (Sandra falls for an untrustworthy dandy played by George Sanders), though properly speaking the film lacks both the syntax and the semantics of the true women’s gothic. Still, I will say it contains the most fantastic use of Baudelaire in a film this side of Club de Femmes.

The film’s style shares many of the tendencies of Sirk’s later melodramas, particularly in the reliance on deep focus. Staging in depth had become relatively common in the postwar years, but in Lured’s compositions, the depth of field seems artificially exaggerated. 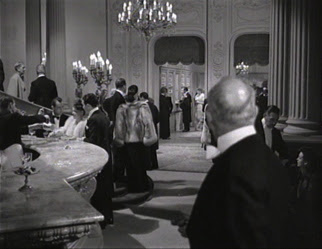 This depth is often put to use in Sirk’s trademark tableau compositions, with doorways, mirrors, or other architecture serving as framing devices: 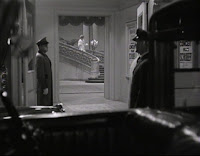 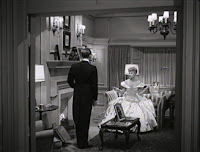 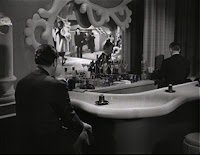 These suggest a self-consciousness about film narrative as theatrical artifice, and the dialogue makes some comment on Sandra’s role as actress. There is even a fun distanciating device tossed in, though its tone seems more Hitchcockian (playful) than Sirkian (shocking). 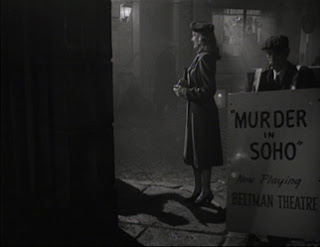 All told, these stylistic tropes do not cohere into a full aesthetic statement in the way they do in Sirk’s melodramas. In this period, Sirk seems most remarkable for a balanced synthesis of German and French cinematic traditions – one half expressionism, one half subtle camerawork and Balzackian use of architecture as commentary. Or perhaps it’s fair to say that the German tradition is more nuanced than is widely remembered. 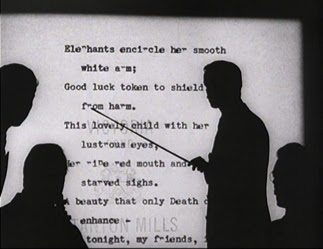 The Siren said…
I can't tell you how much I have loved reading these posts. I bought this one on DVD and really liked it, but then I am a Sirk lover from way back. I agree, it is not really noir. Honestly, I am starting to get quite irritated at those who slap the "noir" tag around on anything black and white with a crime at the center. It is almost becoming a marketing term.
2:59 PM